Since console games are closed systems, not every hacker can hack them. There are two types of consoles – cartridge-based console and CD-based console. For cartridge consoles, a third party special device acts as a hacker. This device will connect between the game cartridge and the console and intercept the communications.

Once the device intercepts the communication, codes are entered to activate the cheats. These codes are then processed by the device to convert them into the game. For CD consoles, it is more straightforward as the user just needs to insert a separate CD (or USB) into the system, which adds the lines of codes. Once that is over, remove the CD and insert the gaming CD or a USB and you’re all set to go.

Built in cheats and external trainers

For most of the computer games that only involves playing against the computer, cheats are already built into the game by developers. All you simply have to do is search for these cheats from your friends or websites that provides cheats. There are, however, some games that do not provide cheats.

For these games, you may have to download hacks from websites. These hacks are known as trainers.

With online games gaining massive popularity over the years, hackers are omnipresent. For these games also, hackers manipulate with the codes of the games.

Hackers have been known to create scripts to boost their in-game character’s stats and abilities. They do these by making their characters complete tasks in an automatic routine not manually controlled by the player.

With online games gaining massive popularity over the years, hackers are omnipresent. For these games also, hackers manipulate with the codes of the games.

Hackers have been known to create scripts to boost their in-game character’s stats and abilities. They do these by making their characters complete tasks in an automatic routine not manually controlled by the player.

Can’t find what you’re looking for? Check out our FAQ page for the most frequently asked questions regarding our cheat software.

Applying cheats has a big impact on the gameplay as basic rules of the game are overridden by cheats. While this is tolerated in single-player games and the ability to modify today is usually already installed by the game developer (often cleverly hidden), it is outlawed in multiplayer games.

Players who gain an advantage through cheats are called cheaters and usually, as far as possible, excluded from the game. As Cheats and hacks are referred to the possibility of influencing the game in the usual gameplay in a computer game itself or by external programs. These are, for example, hacks that can be used to skip heavy sections of a game (“Level”) or the player receives additional life energy, more ammunition or other units.

Typically, these features are programmed for testing purposes during the game’s development phase. Especially in FPS multiplayer or online games and E-sports, it is in the interest of the game developer to prevent the cheating as possible, otherwise the game fun suffers from the fair-playing participants and thus the commercial success of a game is threatened.

The general cheating option is to manipulate the game, usually this is during the run time, so as soon as the game is loaded into the computer’s memory. hacks, so-called coaches, can find a place in the memory where the game saves important information, such as player scores, and can manipulate or freeze what makes sense, for example, in the life of the player.

Usually, the hack software works in the background, which is parallel to the game, and listens to a specific keystroke on the player. When this button is pressed, the trainer is activated. Instead of intervening in the current program, it is possible to manipulate the stored points. This is done either manually with a hex editor or with a program that automates this process.

It is also possible to change the game code by changing the executable files on the hard disk (using cracks) or by repairing the memory while running. The latter happens either through the game through a running program or by DLL injection once during the game. Once the DLL is loaded in this way, the functionality of the program can be extended as desired.

Preventing the use of unwanted cheats is a hassle for game makers and can never be fully guaranteed. The game developer Blizzard Entertainment has sometimes resorted to drastic means on its online gaming platform Battle.net to prevent cheating.

For example, in potential cheaters, user data has been deleted or entire player accounts have been blocked. However, this possibility of influencing exists only when the online game is hosted on the game server’s central servers, which is not the case with most online games – most require only a direct connection between the players’ machines and a game server on the internet, which is rarely subject to surveillance by the game manufacturers. But there is also the networking of computers at so-called LAN parties.

A closed server refers to backing up games for game servers. The player has no opportunity to change points outside the game. This provides some protection but does not prevent the use of coaches or other programs that affect the game. Client / Server Based Techniques: This launches a client program that communicates with the server-installed program, ensures that the game is customized in the client, and reports any changes to the server.

Some typical anti-cheat programs are PunkBuster, EAC and VAC, which need to be installed on a multiplayer machine or online so that he can participate in the game. The game server only allows players whose computer has started a similar program.

If it is found that the player is using hacks, it will be removed from the server. Because the program works locally on a similar computer, it can search for known hack techniques and trigger an alarm if necessary. It’s an effective way to stop cheating, which is also supported by game developers.

Because such tools usually work with kernel, it is not possible to use another operating system. Such protected games cannot be played on Linux with Wine or CrossOver. However, appropriate countermeasures can be used to remove these programs. The scenario is comparable here as standard between computer viruses, developers and hacks.

In less common open source games, manipulation is also possible by editing source code directly. This can be used, for example, for automated shooting or displaying enemies behind walls.

All this would be possible in closed source games only by using robots or similar. But also sending false information to the server or other clients is possible. Thus, the player can let his in-game character to pretend to be in a completely different place (“teleporting”). However, this requires that the server does not check the information received from customers about location, triggered triggers, and the like, or check for potential error. 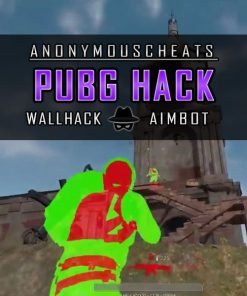 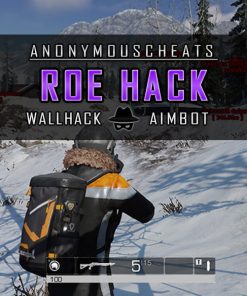 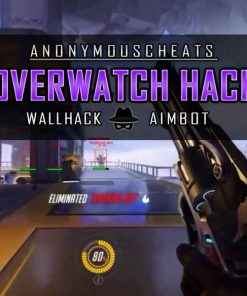 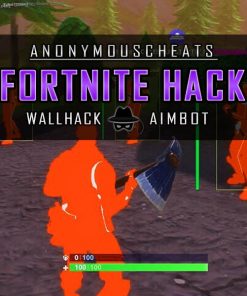